Bodom After Midnight: Paint the Sky with Blood (2021) 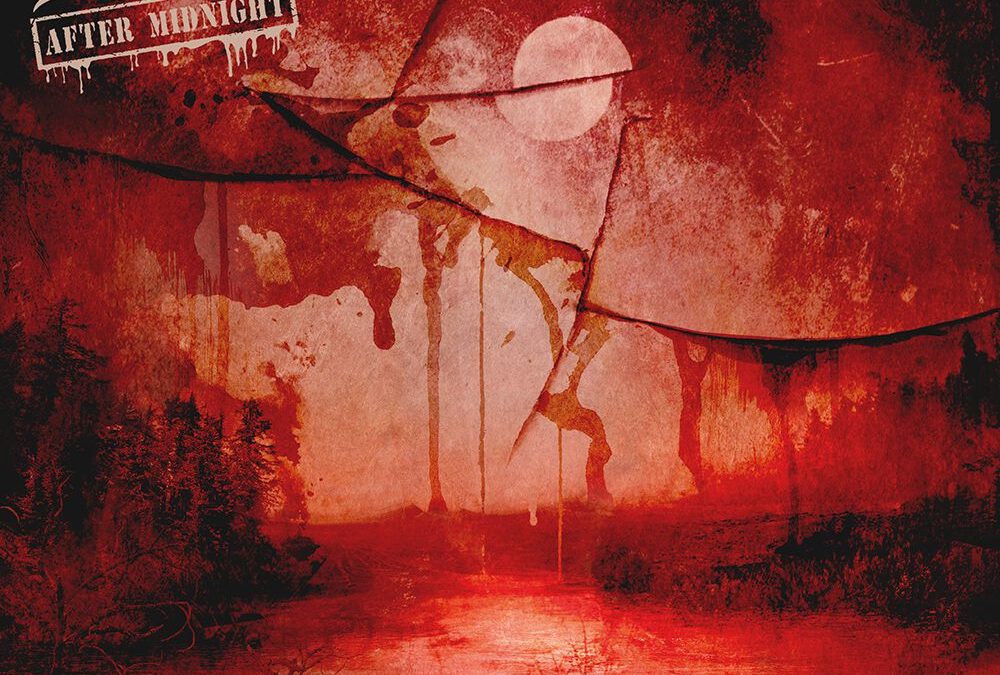 Towards the end of 2019 it was announced that Children of Bodom were no more, and that singer/guitarist Alex Laiho and rhythm guitarist Daniel Freyberg would be forming a new act. Combining with drummer Waltteri Väyrynen (Paradise Lost), bassist Mitja Toivonen (ex-Santa Cruz) and live keyboardist Vili Itäpelto, Bodom After Midnight came into being, and towards the end of 2020 they made their live debut, and also went into the studio. However, as everyone knows. Laiho died towards the end of December 2020, following on from complications caused by years of alcohol abuse. He was just 41 years old. Before his death, the band had been working on their debut album, and the three completed tracks have now been released as an EP, with two originals and a cover of the Dissection number “Where Dead Angels Lie”.

I was rather late to Children of Bodom, only coming across them with the single “Needled 24/7” in 2003, which led me to the album it was taken from, ‘Hate Crew Deathroll’, but I soon tracked backwards to pick up their other works and since then have followed their career with interest. To me it was always about Laiho, and after the breakup of CoB I expected the new band to quite similar in output, and that is indeed the case. Melodic technical death metal with some symphonic influences, this could have been released as a new CoB EP and no-one would have been surprised, but the name change was due more (I believe) to legal complications than attempting to put a break between this band and the last one. The lead title track is by far the standout and shows Laiho at his absolute best with complex guitar interplay, a commercial element, and the keyboards providing a warming layering over it all. It is passionate and shows Laiho was making a statement that he could be successful with or without his old bandmates, and even though the other three members of CoB had been in that band for more than 20 years, he was perfectly capable of stepping out on his own. One can only wonder what the full album would have been like, but we will never know as with Laiho’s passing, Bodom After Midnight are no more. Well worth checking out.