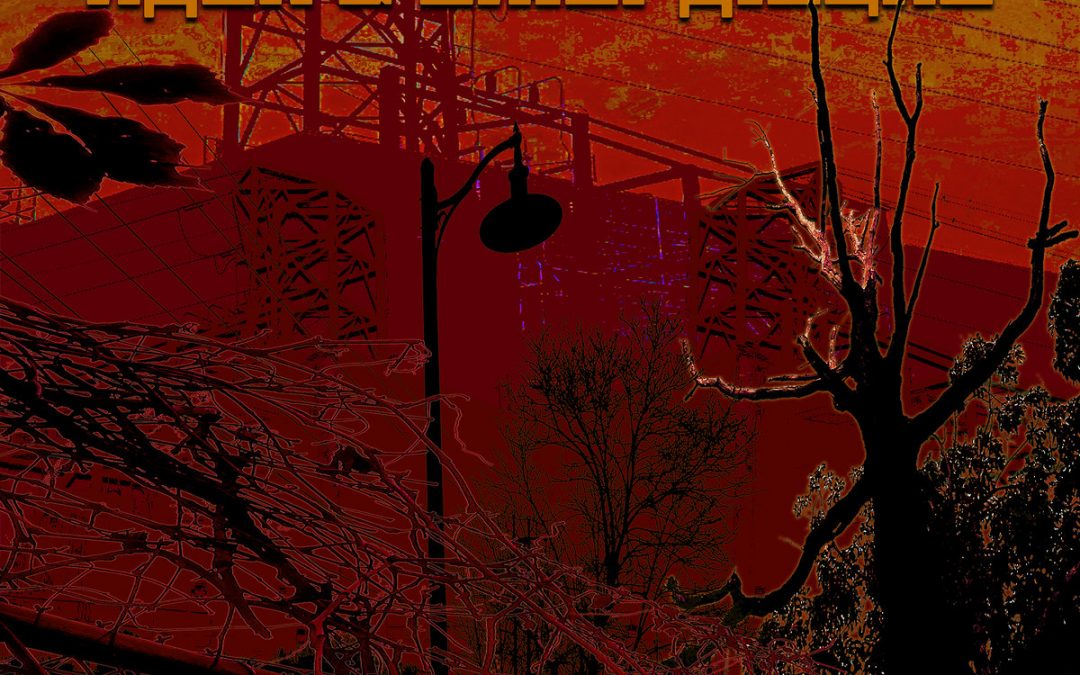 RACK and GRIDFAILURE are, based on the descriptions that followed this promo, two artists with a similar approach to their music. Harsh noise textures and dystopian atmospheres is the order of the day, and the main difference appears to be that Rack slowed down activities a bit at around the same time that Gridfailure started to gear up for action. “The Sun Exploded” is a joint venture where these artists combine their creative impulses, with an idea from Rack as something of a foundation I understand.

The end result is an album that is rather harrowing and demanding. Post-apocalyptic strikes me as the key word, and cinematic is another important word to describe what is going on here. Nightmarish fits in perfectly in this context too, and perhaps even alien.

My initial association when listening through this 73 minutes long barrage of sounds and effects is that this is an attempt at making a real life soundtrack to World War III. From bombs going off in the distance, the atomic wind blowing in, people dying as they seek shelter, and once inside with the atomic rain threatening their existence, making them go deeper into buildings and then underground, all along with people screaming in pain as their systems are gradually collapsing due to radiation sickness, and at the end everyone is dead and the remaining sounds are from buildings gradually decaying.

When looking at the cover art and the fonts used on it, my secondary association was towards a soundtrack for a Chernobyl like disaster, only more catastrophic, capturing the sounds, moods and atmospheres of the people and the area affected by the disaster, concluding when everyone is dead and only the sounds of the buildings remain.

I presume none of these associations align with the concept imagined by Rack and Gridfailure here, and others may well find their mind going in rather different directions when listening to this album. But few if any will be able to gain a positive association from all the sounds and effects that bombards you as a listener. Even when drums, bass and guitars are brought in for certain passages they are used more as either a foundation for more disturbing sounds to play upon or as elements that elevate the atmosphere of darkness and danger that is a constant presence throughout this album.

This is dark and disturbing music, the fuel for nightmares and a disbelief for a better future. Or possibly a warning of where we could end up if humanity doesn’t get it’s collective act together. Material that, to my mind at least, will have a hard time getting recognition from the masses. But for those who like distinct dark and dystopian landscapes explored at length, and possibly if you are the type of person that thought Frodo’s march through Mordor was far too bright and uplifting in The Lord of the Rings movie, then this is an album with your name written all over it. For my sake I am impressed on multiple levels, but even as fond as I am of dark and oppressive atmospheres this one got to be just a bit too overpowering for my taste in music. At least as music I’d listen to with full concentration.