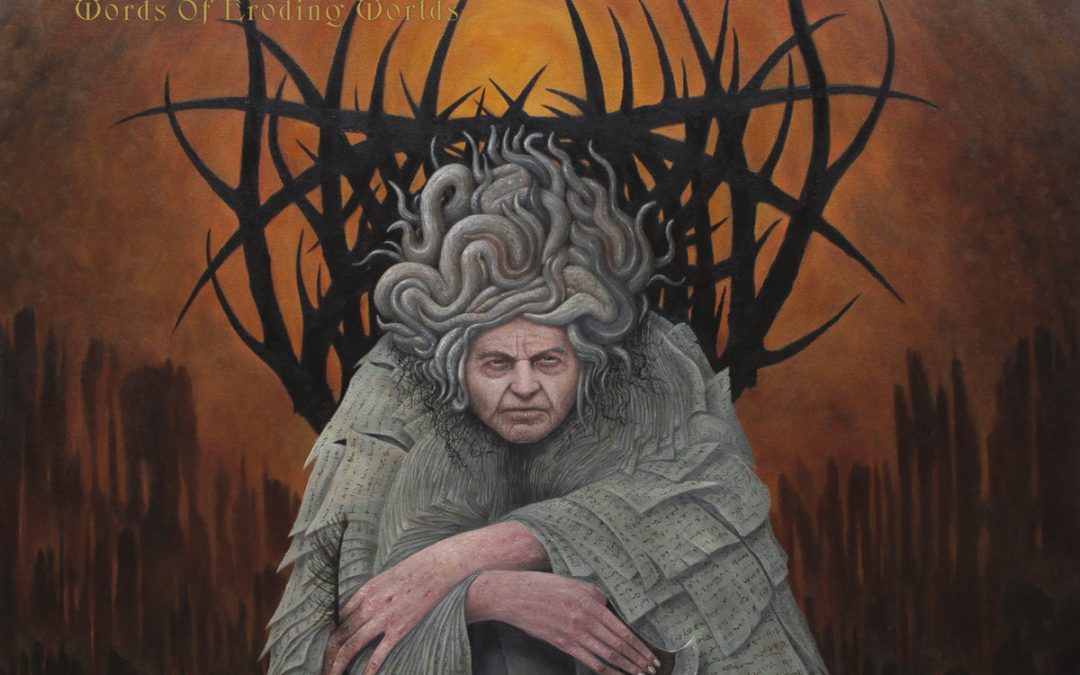 Some seven years on from the release of their debut album, ‘The Human Burden’, Irish band Atheos have returned with the second. There have been some changes in the ranks, so although drummer Wayne Walsh and guitarists John Sullivan and John Byrne have been there since the beginning in 2005, they now have a new bassist in Eddie O’Malley and vocalist in Hick Hughes. They are being promoted as a death metal band in a similar vein to the likes of Morbid Angel and Immolation, and while there is some truth in that, it certainly does not tell the whole story. Blackened Death is probably a more accurate phrase, but this is when Black Metal is packed full of emotion and atmosphere, never afraid to slow the music right down if that is the right thing to do. There is a constant flux of pace within this album, and a huge use of space: the sound is huge and not nearly as compressed as many are within this genre.

When it comes to press releases, then there is no doubt that Imperative PR are the masters of writing evocative and massively over the top epics, which always makes me smile even if I have no idea where they are coming from, but this one hits the mark so tightly that it would be wrong of me not to include part of it. “Music drawn from Ireland’s haunted wetlands, clawing its way up through the mud of centuries into the muted light of a mist-shrouded dawn. The sound of a world forgotten, of myths and monsters sealed in peat, gods and beasts cut from the heart of the earth. Dark, overwhelming power and distorted cadences, bound in old magics and words that were true before the sun was born. Summoned from the depths to walk the ghost paths and prey upon the lost”. I could not have put it better myself, so I didn’t. This is a huge album, full of passion, power and depth which feels driven by an unexplainable force. It is way more than “just” a death metal album, and while there are times when Nile are an obvious influence, there are plenty of others where it is more like Ghost, or Sabbath, or Cryptopsy, Beastwars or Mayhem! That is quite a heady mix, and one never knows if the music is going to be a freight train or a sludge truck, but always with a demonic presence and evil intent. This is music to be played in the dark of night, leaving the listener wandering what is that movement outside the window and what is coming for me? I certainly hope they do not leave it as long until the next one.