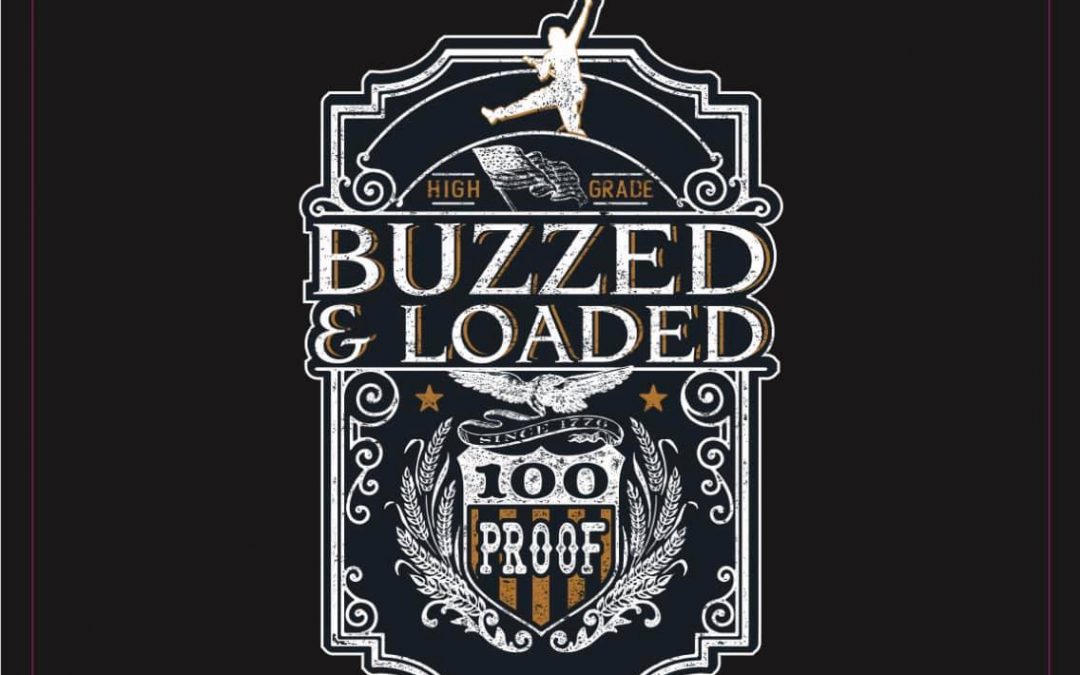 US based power trio BUZZED & LOADED is a fairly new band, launched a couple of years back it would seem, and consist of seasoned musicians with a strong pedigree from the US, Canada and Australia respectively. “Drunken Delusions Volume I & II” is their debut album, and was self released at the start of 2021.

Blues based hard rock is the name of the game for this band unit, and at least as far as this album is concerned with the guitar being the dominant and literally lead instrument. All the songs revolve around the riffs and solo movements from the guitar, and while the bassist in particular provides some fine details here and there it appears to me that this album and these songs have been crafted just about exclusively with and for a guitar dominated soundscape in mind. The quality of the rhythm section does shine through though, but the lack of more expressive details from the rhythm section is one of several dimensions I do find lacking on this album.

The choice of a fuzzed out, primal and gnarly guitar tone for the vast majority of the riffs and some of the solo sections  gives the album something of a one-dimensional aspect, and while the dynamics are both richer, more vibrant and more interesting when a guitar solo run kicks off these aren’t numerous enough or long enough to be a saving grace in this particular context. The guitar sound outside of the better solo sections strikes me as somewhat basic and primal, and with too little variation for a 15 song album to boot.

The choice of using mainly soft vocals with little power doesn’t really suit the landscapes explored either. This is a raw, basic and gritty 70’s hard rock style type of album with occasional dips into early metal, and for me that type of music is one that requires powerful and well controlled lead vocals. Singer Trosino does show that he has a voice that can deliver this type of singing on occasion, but to my ears at least his voice comes across as untrained and unrefined, at least in terms of carrying and elevating the impression of fairly basic songs with his vocals. But the choice of soft lead vocals for this type of music just doesn’t sound right to me. On one song the softer vocal style feels more at home though: That is on the calmer ‘Leap of Faith’, a song that I also noted used several melody details fans of David Bowie may well find familiar in sort of a Space Oddity kind of manner.

That this album appears to have been given something of a basic, lo-fi mix and production kind of comes with the territory here I guess. The 70’s garage rock aesthetics fits the purpose quite nicely I guess, but some of the production work is sloppy too: The opening guitar to drums to full song arrangement on ‘Mourning Glory’ a good example of that. With the sudden cutoff of the drum transition being the most major detail of note there.

While the lead vocals stand out as the main like or dislike element of this production, the lo-fi, raw and basic nature of the songs and the total album experience is one that in my view will make this album one with a more finite and narrow potential audience. The saving grace, so to speak, are many fine guitar solo runs spread throughout. While not striking me as overly expressive or innovative, they are elegant, captivating and energetic at their best, and make for interesting listening. Other than that, I’d say that those who tend to enjoy power trio style hard rock bands with a more defined raw and primitive choice of sound are probably the ones I think would find this album to be most appealing.