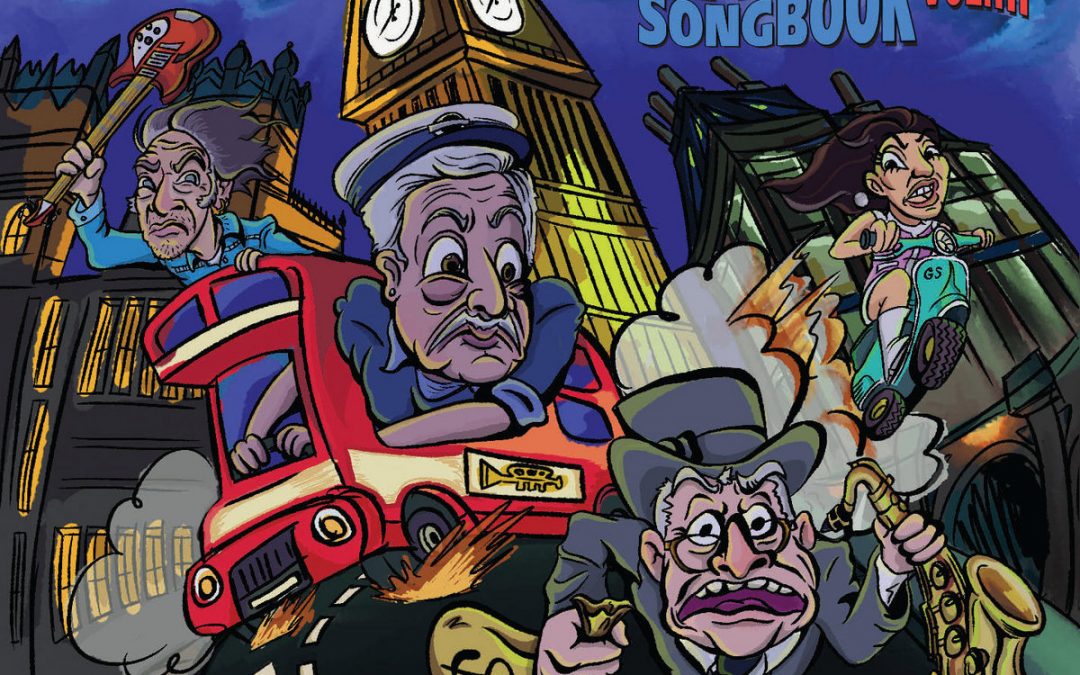 I am not really sure what to say about Ed Palermo anymore, apart from that it is obvious to anyone who has ever listened to his music that he is an arranger par excellence. Once he manages to get an idea germinating, he brings in music from different sources and somehow makes it all fix together in a seamless whole. He will always be thought of by many as the Zappa expert, given that he has written more than 300 Zappa charts (an immense achievement in itself), but he has also moved into multiple other areas, and here we see him again approaching The Beatles and others in his own unique approach.

What makes his music so interesting is that he takes the original song as a base, and then arranges it for his big band in a way which is not only true to the original yet uses it as a stepping off point to create something which is new and fresh. Take for example “Come Together,” a song which has always been a sleazy and messy number most unlike the clean lines of much of The Beatles’ output, which makes it ripe for Ed’s treatment. Here he somehow brings in elements from “Light My Fire” and a few lines of melody from Zappa’s “Chunga’s Revenge” (on tuba!), then we get some “G Spot Tornado” before the move into “Something In the Air”. It is hard to pick highlights as the album is consistently just so strong throughout, but the reimagination of “Nothing Is Easy” is an absolute delight. This is one of the few vocal tracks on the album, and boy does this swing, but a special mention must be made of drummer Ray Marchica and violinist Katie Jacoby who take it to a whole new level. The use of violin gives it a particular feel, and for me she is one of the standout performers over the complete album as Palermo often uses her as a vibrant soloist to take a number in a new direction.

Lastly, a special mention must be made of the foldout cartoon artwork which is an absolute delight with loads of detail which sees all those involved in different situations (although I do think jumping up and down on Ed on the Abbey Road crossing is a bit mean). This album is a delight to anyone who enjoys classic British pop, or big band music, or who wants to hear an arranger on the top of his form.