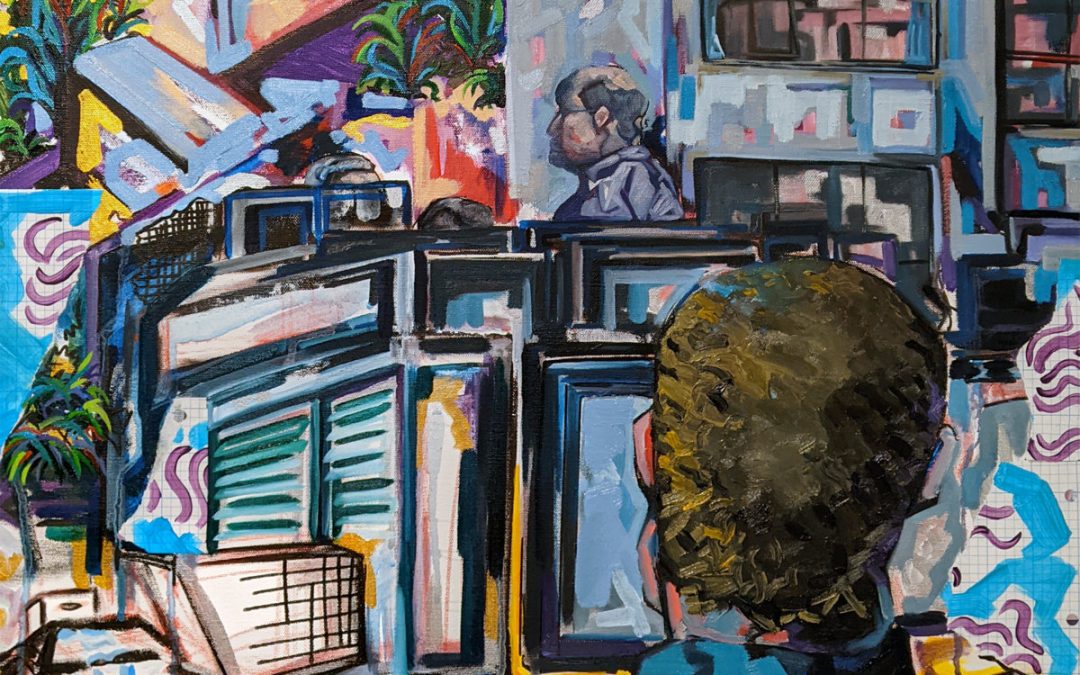 Tabula Rasa is the first of three EPs being released by Julian van der Krogt, who wrote the songs, provided the vocals and guitars (and the artwork) while James Cartwright played bass and drums. Originally, he was planning to release a single 12-track album, but when he was working on the songs, he realized that they were better grouped in three sets of four, which is why he is releasing them in this format. Julian has been in various Wellington bands over the years (on vocals and guitar), while James in an old bandmate, so it meant the recording process was simple in that respect, although it did take a while to produce the original demoes. Of course, it also means that Julian has to produce three sets of artworks, as opposed to one, so it is just as well that when he can, he likes to show paintings at the New Zealand Academy of Fine Arts in Wellington.

Musically this is a mess, so consequently I love it. It is one of those albums where those involved decided to go where the music took them as opposed to fitting into anyone’s preconceived idea of what it should sound like. I guess the correct term for this would be alternative rock, but there are definitely also elements of grunge, and avant-garde, and prog, and indie, some Spanish, you get the idea. Even the titles let us know that there is something different, given that the first two songs are Kissing the Zopiclone Pts 1 and 2 and contains some wonderfully distorted and phased guitar. We get some lengthy instrumental passages, but we also get layered vocals, totally in keeping with the music. It feels so incredibly deep, as if one is falling into a bottomless pool of water as opposed to just lounging about on the surface like most pop, all one level. While always melodic, this is never straightforward and is one for the more discerning listener who wants their music to build and become more open and understandable the more it is played.

It will be interesting to see if Julian decides to turn this into a gigging band, as there are plenty of times when he ramps up into Kings of Leon or The Flaming Lips and one can just imagine this going down incredibly well onstage. Dynamic and powerful, and at times direct and others swiftly moving in multiple directions at once, this is a solid debut indeed.