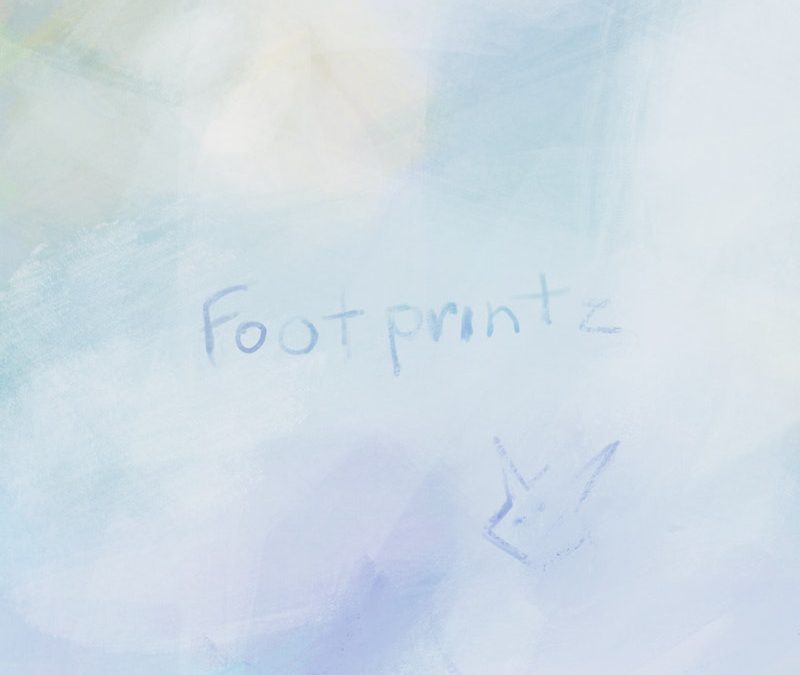 {Something Zesty} are back with their fifth single, Footprintz, which sees the vocal debut of Isaac Chamberlain. This sees the duo of Isaac and Andrew Conlon move away from heavy funk they have become renowned for, and instead strip their music down to its most basic, guitar and voice. All the parts were originally recorded by Isaac quite some time ago, but Andrew plays it all throughout their tracks, more of a producing duo at this stage. They’ve also recently started practising for live shows with Ethan Coleman coming in on drums. But this song is all about a totally different vibe for them, taking it slow and almost ambient at times. It has a real under-produced feel to it which must be deliberate, meaning that it is almost lo-fi with a demo feel yet the guitar is still very clear and clean.

This is indie singer/songwriter, with links to alt folk, and feels strangely organic with a naïve honesty. While the strummed guitar contains strength, the vocals are fragile, and this coming together works well. The video was recorded in Ohakune/Mt. Ruapehu and finds the guys stopping to sing and play guitar, and at other times just going for a tramp in the snow and enjoying the outdoors. Directed again by Joshua Dey, who has worked with them on other videos, this is a low-key affair which ties in well with the low-key music. While basic, there is a rough and raw draw within this that keeps the listener intrigued until the end. The guys are currently 3/4 through season 2 of their “speed cooking online series” where they make a song each week and a video in the studio which should lead to another EP/Album which is due out in January.