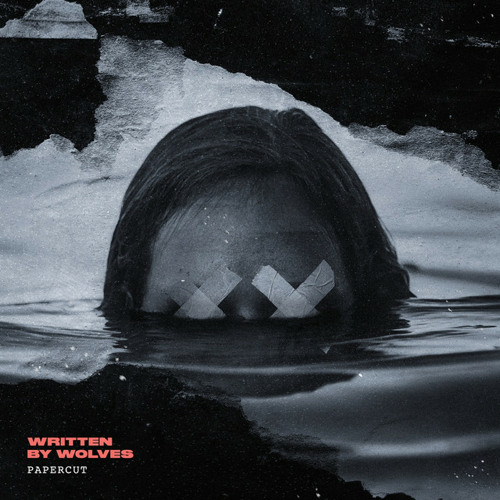 There is no doubt that 2021 has been a hard ride emotionally for Written By Wolves. They went through the process of re-recording tracks from their Secrets album and putting them out as The Collab Project//Secrets, baring their soul to get people talking about mental illness. Anyone who has suffered from that terrible disease knows the last thing needed is any more stress, yet they threw themselves into the spotlight for the greater good. The EP has had an incredible response and achieved exactly what it set out to do, getting more people to discuss mental illness as an illness, not a phase, or something that can be cured by someone telling the sufferer to just “cheer up already”.

In this year, of all years, they have surprised their fans by announcing they are releasing a single as a Christmas present. To those who don’t really listen to lyrics or think about music as anything more than ear candy, they will treat this “just” as a cover of a song by one of the band’s largest influences, Linkin Park. It will get played on the radio, people will buy it and thoroughly enjoy it, but let’s just think about it a little more deeply. WBW are a group of incredibly clever and perceptive people, all insanely talented, so why this band, and why this song? This isn’t just a cover, but instead is a direct continuation of what they have been working on all year. It is strange to hear this without the distinctive vocals of Chester Bennington, but as we all know he suffered with mental illness throughout his life and eventually committed suicide, while the lyrics in the first verse cannot be clearer, “Why does it feel like night today? Something in here’s not right today, Why am I so uptight today? Paranoia’s all I got left I don’t know what stressed me first, Or how the pressure was fed, But I know just what it feels like, To have a voice in the back of my head.” This is a song about mental illness, a disease which claimed the life of one of the singers far too young.

Papercut was the first track on Linkin Park’s debut album, Hybrid Theory, the song they chose to announce their presence on the world. That release was huge, and seemingly everywhere when it came out, but it shows just how far music has come in the last 20 years, as WBW have taken the base song and turned absolutely everything up. Oli has his work cut out covering all the sounds created originally by Mike Shinoda and Joe Hahn, but he does an amazing job and fills in the spaces so that Karl can hit the kit incredibly hard. It sounds as if he is trying to punch through the drums instead of just creating music; there is a violence and angst in his performance, which is then taken to the next level by Davie and Bahador, who keep it subdued when they need to and rip it up when the time is right. Then of course at the front is Mikey. I am sure there is nothing he cannot do vocally when he puts his mind to it and taking on the roles of both Shinoda and Bennington would be one thing, but lifting it further is just something else.

Before I played this I went back to the original, then listened to some different live versions, but still nothing prepared me for the sheer emotion and passion he delivers. That combined with his band of brothers makes for a real experience, not just a piece of music. I am sure the message portrayed on the EP was just too deep and heavy for some people, but here we see the boys taking something they love, putting their own take on it, and driving that message home in a way which is possibly more subliminal, just wrapped around a sledgehammer. When Hybrid Theory came out it seemed like everyone bought a copy, I certainly did, yet this version is simply more. More power, more realism, more passion, just more everything. If you want to hear a rock band taking something and pushing it beyond the limits, then this is it.