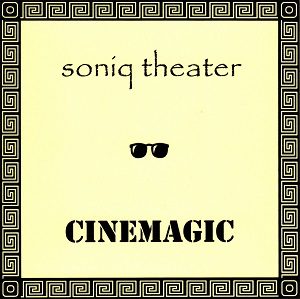 Imagine having a compilation album featuring music from every one of your favourite keyboard artists. Such a resultant mix would not be too far removed from the instrumental competencies provided by ‘Alfred Mueller’ and his project ‘Cinemagic’. Is a progressive rock music assemblage comprising eleven tracks forming together as an overall wondrous keyboard extravaganza?  Bur, whether ‘Cinmagic’ is fairly representative of Alfred’s total musical output, would be difficult to say without listening to his entire back catalogue. This in itself would be a mammoth task inasmuch that since 1996 Alfred has created a colossal outpouring of 23 lengthy keyboard orientated albums. Actually, an unbelievable amount of music, a quick estimate being a total listening time of around 17000 hours. That amongst that level output there would not be a certain amount of repetition would be hard to imagine. However, with ‘Cinmagic’ every track, to a certain degree stands uniquely alone with respect to the individual facets of melody, rhythm and general structure.

There is no doubt that there is a gargantuan amount of creativity attributed to Alfred’s compositions, especially in his utilisation of an extraordinary battery of keyboard equipment and auxiliary equipment. Generally, such compositional work originates in the form of a series of basic themes strung out on the piano with a gradual introduction of other keyboard instrumental effects. The array of sound effects utilised is quite staggering and encompassed into the mix are both percussive and melodic elements. Whilst there is a certain intenseness as the individual tracks build and take shape there is also a wonderful feeling of fun and freedom as demonstrated in the track titled ‘Block Buster’ a fast-moving light-hearted entertaining ditty. Certainly too throughout the entire programme one can detect snippets of other keyboard orientated bands like ELP, Alan Parsons and Tomita etc. But with further listening such comparisons fade into obscurity as you realise that Alfred is indeed a preverbal music machine with themes and musical arrangements flooding from every aspect of his being and which in turn are transposed to the recording media. There is too a wide range of musical themes emanating here with this particular album, a whole host of different styles that cross between various genera. Especially, the use of electronic pulses and synthesised loops and other expressions.

Summary: An interesting album with droves of different melodic arrangements and oodles of keyboard layered effects. All assembled with care and precision to form a series of nice rhythmic tunes having cinematic stylisations of epic proportions.