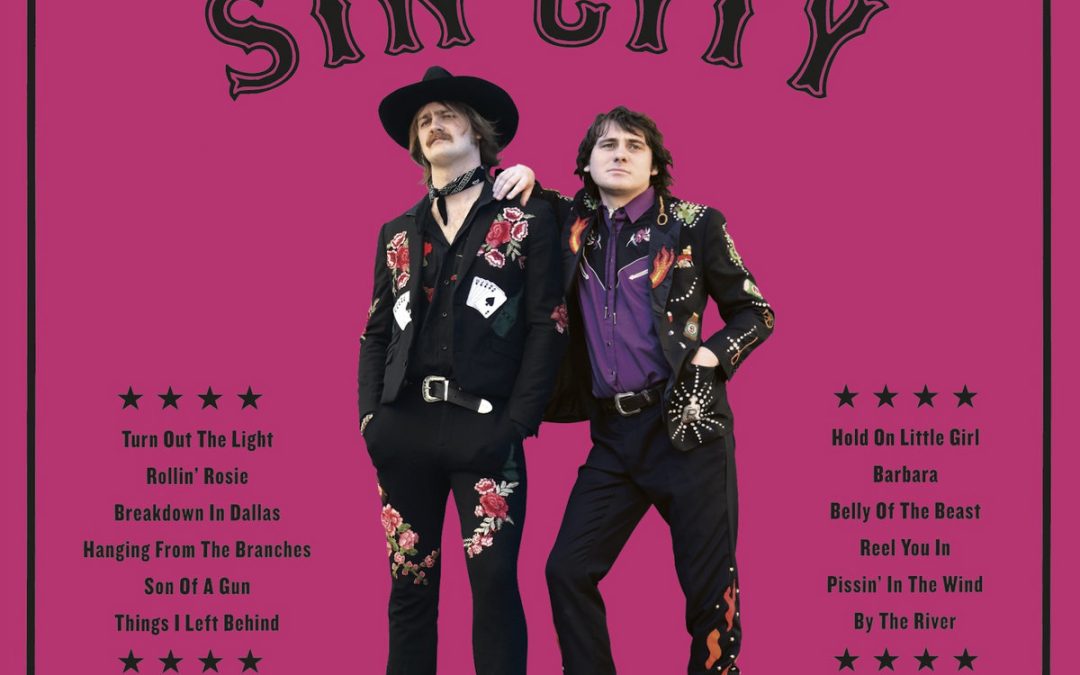 Here we have the full-length debut from Sin City, a duo formed around Jack Beesley and Nick Armstrong, who here have combined with producer Delaney Davidson on bass, John Segovia on lap steel and Alistair Deverick (Boycrush) on drums. Jack and Nick are probably best-known for their antics with garage punk rockers The Cavemen, and it was after that band’s world tour in 2019 that they relocated to Spain and knocked out about 100 songs. On returning to Auckland, they joined forces with Delaney who helped them knock that list down to 13 and then brought in some additional musicians to help them record their vision.

The result is an album which is drenched in old-fashioned good-time rock and roll, with stacks of country, soul and 70’s rock bands all messed up together to create something which is genuinely a load of fun. Most of the photos I have seen of them also has them holding glasses of beer (which are getting emptier in each shot) and that sums up this record, as it is music to enjoy, and the more you drink the better it gets until we are all joining in on the choruses. It veers between Bob Seger, Johnny Cash, The Faces, and somehow manages to mix in “straight” numbers with those which are more raucous and the more this is played the better it gets.

It is obvious that Jack and Nick are having a blast with this, and even the album cover makes one think of albums from 50 years ago, and the result is something which truly does not pander to any fashion or pigeonhole, but instead is about two guys doing what feels right. So, we can get slowed down numbers such as Hold On Little Girl which is steeped in sleazy blues, or we can get upbeat songs such as Bandit Of Love with wonderful honky tonk piano (they mess up the beginning of this, so just restart and kick it off again straight away, then kept the mistake on the album which makes me smile). This is honest music, from guys who apparently feel there is nothing wrong with wearing stetsons in Auckland, and why not?

This is an album which is old-fashioned in many ways, from the style of the songs even through to the length (39 minutes – a great fit for the TDK D-90 cassettes we all used in the Seventies), and it is designed to ensure the listener has a smile on their face by the end. Of course, if there is a good beer to hand then that smile will be so much wider. Too many musicians take themselves deadly seriously these days, but this album is all about having a good time, and that is damn fine by me.