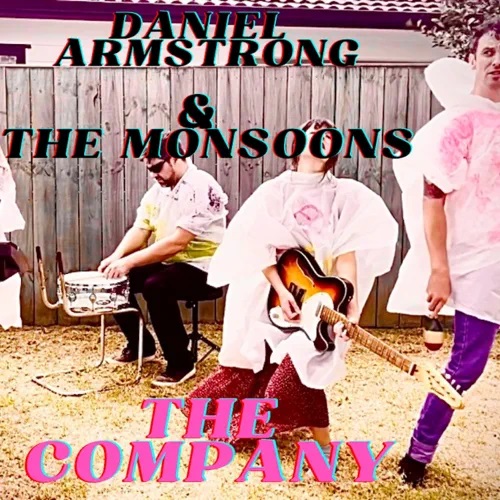 Realistically, the cover art for this single tells the listener all they need to know about this song, as here are a band who are determined to have a load of fun and bring everyone along with them. It is actually a still from the video, more of that later. The PR company describes this as timeless goth rock and while I can see where they are coming from, to me this is all about an indie band breaking out of the underground scene in the late Sixties. It has that raw garage sound, with simple drums and long held-down organ chords while the bass keeps it melodic and the guitar crash and jar. Then over the top we have melodic vocals sung in a lower register, almost as if Bauhaus met with The Doors and raised a bastard offspring with the assistance of a Sixties protest singer and someone from Stiff Records. Then if that isn’t bad enough there is something about it which makes me think of {Split Enz} and by now my brain is spinning and I start to wonder just how anarchic they are in concert as all the way through we strongly get the impression that here is a band who take their music incredibly seriously, themselves not so much.

This comes through in the video which finds all the band “performing” in a back yard, with nothing plugged in, and for some reason most of them are wearing lightweight waterproofs although it is not raining and guitarist Odessa is obviously on a different planet to the rest of us, let alone the rest of the band. It is the perfect visual to go alongside the music and I am already looking forward to catching them on their forthcoming tour as it is going to be a blast. A catchy, hook-laden number which is quite different to the mainstream yet will appeal to many who like to be the centre of the road until they realise these nice-looking people are going to drag them to the dark side. Persistent fun.