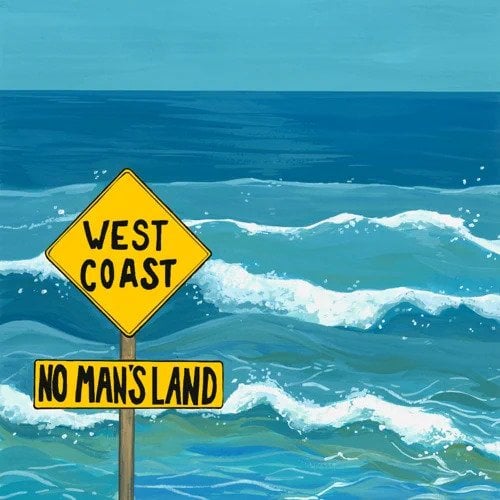 This is the third single from all-girl Wellington-based quartet {No Man’s Land}, which I am guessing is the rationale behind the name and I must admit it made me smile. That smile continued as I listened to West Coast as there is a naivety and pop sensibility to it which just a delight. Comprising Paige Loggenberg (drums), Kira Almquist (keyboards), Hannah White (vocals, guitar), Wren Glover (bass), one of the things which really makes this song stand out is that while Kira is credited as playing keyboards, in reality she is playing piano. In fact, when one pays close attention, she is at the solid heart of everything which is going on, so much so that this song could have been produced just as piano and vocal. However, instead of taking over from the rest of the band, it allows them all to have a melodic foundation on which to build. More importantly, it gives everyone space, which becomes an integral part of the overall sound.

There is a repeated musical motif at the beginning, with a gentle spoken word introduction, before we get into the song itself and there is a naïve presence which is beguiling. It is a builder, with harmony vocals which accentuate the feeling of freshness and summer, and the music ebbs and flows like the artwork on the cover. Halfway through the vocals are treated, which provide a different emphasis again, so even though there is repetition it takes on a new life. Even though there are sections where this is quiet and laid back there are plenty of others where it is bombastic and being kicked into overdrive and one can just imagine the audience getting quite confused as they go from standing quietly to jumping up and down like mad things.

This is my first introduction to the band, and I look forward to hearing more.