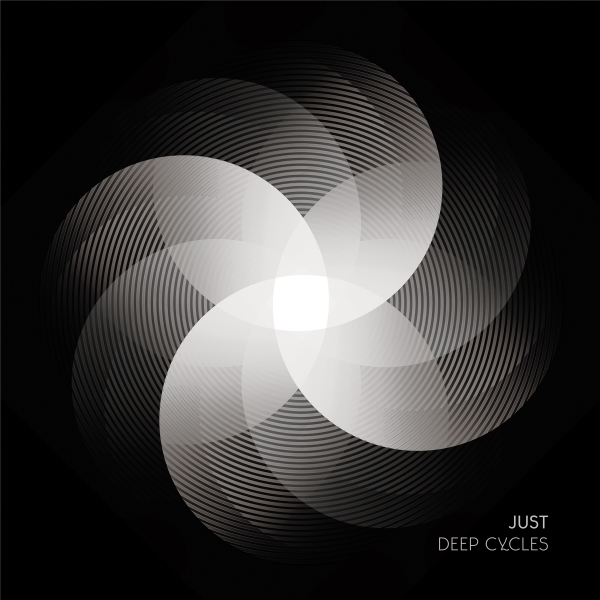 Sometimes you have to wait half a lifetime to find the right words.

On May 13th Justin Kniest (JUST) releases his debut album “Deep Cycles.” A melancholic journey through the grooves of sadness, loss and hope.

Justin Kniest (1969) is no stranger to the Dutch music scene. As a producer of the Dutch Battle of the Bands, booker at Paradiso Amsterdam and founder of Fabchannel – concerts online, he dedicated a large part of his career to promoting new music. The fact that he plays multiple instruments sings and writes songs he kept to himself. Years of exposure to quality music in Paradiso Amsterdam had raised the bar to a paralysing level.

That all changed in 2019 when Justin wrote and performed two sad, melancholic and painfully personal songs during a songwriter Bootcamp in Spain. The strong emotional reaction to his songs made him decide to take the step into the forefront. He recorded both songs in his home studio and released them under the name JUST. Both songs got airplay on Dutch national radio and amassed over 40.000 plays on Spotify.

In early 2020 Justin decided that his debut album should be produced by Minco Eggersman (UNIFONY, ME, At The Close of Every Day). Eggersman is a well-known producer and international soundtrack composer who has proved to know his way around the world of melancholic music and showing brokenness through beautiful musical textures.

Together they started working on the first demos and after a short period of time, both arranger René de Vries and engineer/mixer Theodoor Borger (UNIFONY) joined the team. JUST was beginning to find its final form. Great songs followed and the rest of 2020 and the first half of 2021 were filled with the production of JUST’s debut album “Deep Cycles.”

Transparent, heartfelt, melancholic: only a few terms that come to mind when listening to the music of JUST. One immediately recognizes the quality in songwriting as well as the recording of the late ‘80s and early ‘90s. The depth in both the recordings and mixes are second to none and sometimes remind you of bands like Talk Talk. Song wise it’s a mix of the song structures used by Mike Lindup and David Sylvian, yet these songs definitely deserve their place in between the works of more present-day songwriters like Thomas Dybdahl and Emmet Tinley.

The artwork of the album has been created by James Marsh who also designed the iconic Talk Talk albums. Last but not least photographer Maarten Corbijn made some stunning black and white pictures that accompany the music of JUST.

Upon its initial digital release in October 2021 “Deep Cycles” gained critical acclaim by music industry heavyweights as well as the press. The first singles amassed over 100.000 plays on Spotify.

“It is perhaps the most immaculately produced and executed album I’ve ever heard. There is not a note or a nuance throughout it that isn’t perfectly judged and exquisitely balanced. Its flawlessness is mesmerising.” – Simon Napier-Bell (manager Japan, Ultravox, Sinéad O’Connor, Jeff Beck and Jimmy Page)

“JUST is a master at looking back at life with new insights. On ‘Deep Cycles’ he sings straight from the heart with an exciting arrangement. Makes me curious for the rest of the album.” – Geert van Itallie (Paradiso Amsterdam)

Here’s what the press has said about “Deep Cycles”:

Justin also recently played on the album “Solace by Held By Trees, an album ‘in the spirit of’ Talk Talk featuring seven musicians who played on the last two Talk Talk albums. Given nothing but the sound of waves and the key of C# major, Justin created a melancholic guitar part that found its way to the track “Wave Upon Wave.” Next to blues legend Eric Bibb and ambient producer Peter Moon aka Unknown Replica. “Solace” entered the UK Indie chart at #12 on April 29th.

This is what Held By Trees producer David Joseph has to say about “Deep Cycles”: “‘Deep Cycles’ is a melancholic yet uplifting work of vulnerability and courage.”

On May 13th, 2022 “Deep Cycles” will be internationally released on vinyl in partnership with music distributor Coast To Coast and UK web-store Mellotone.net.