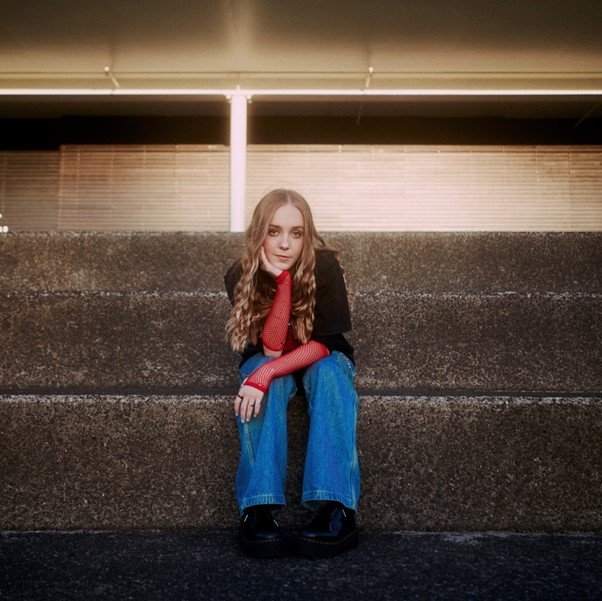 Here we have the debut single from Hamilton native Becca Caffyn who discovered Joni Mitchell and Bob Dylan when she was 15 and has spent the last four years developing her own songwriting and performing style. This song is all about the vocals, which are double tracked, so playing on headphones is the best way to really appreciate them and they have deliberately been kept and clear and not over polished. Becca has a wonderfully clean style and finishing the song with an a capella section shows the confidence she has in her own abilities, and rightly so. I only wish all the pop wannabes out there would understand there is way more to music than just being able to use autotune.

While there are times when this feels like early Eighties singer songwriter, especially when she is just accompanied by a gently riffed guitar, it also moves strongly into the pop world with an electronic backing which is very different indeed, and there are times when the styles are blended, but always with her vocals at the forefront. There is an innocence about her style, a touch of naivety, which makes it alluring as we want to get closer to those vocals and listen to the story she is telling. It would not be a huge stretch to imagine her opening for French For Rabbits as at times she has that same witfulness as we head into a world of dreams and gossamer. This is a lovely debut from a young singer I know we are going to be hearing a great deal more from.