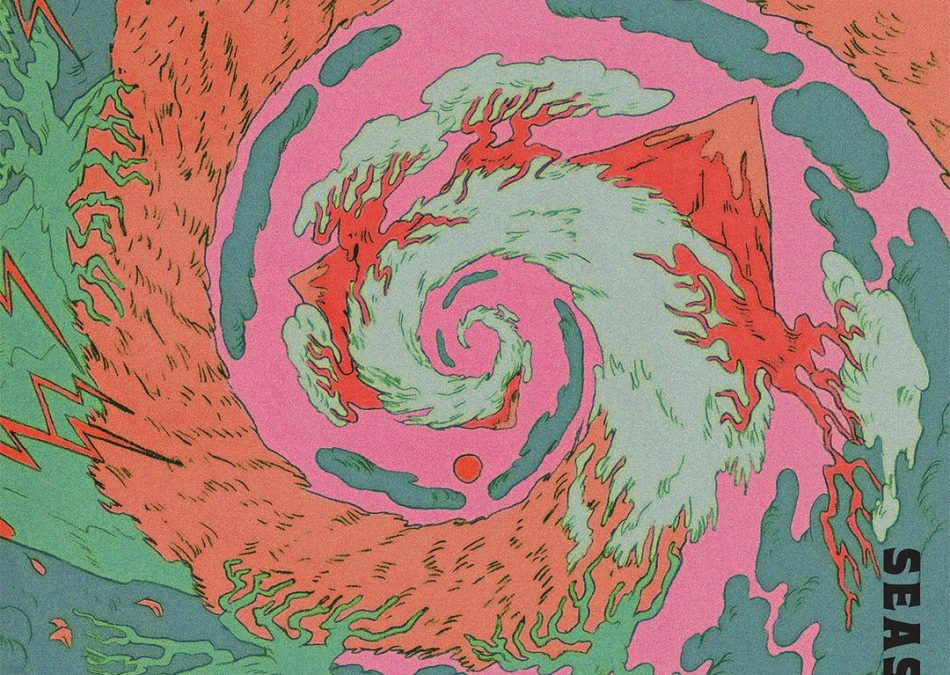 It is so refreshing to come across a band new to the scene, combining multitudes of musical techniques not only instrumentally but vocally, within their set.  They are a band that certainly evokes, recollections of the early UK band ‘Yes’. Their complex rhythms and slick transformations exquisitely glide seamlessly between the various musical passages. But unlike the more progressive rock-styled productions of ‘Yes,’ so without doubt these ‘Wizrd’ guys are deeply entrenched within a succession of multifaceted jazz moves spread across a wide range of other rock music variations. Throughout the entirety of their debut album, titled ‘Seasons’, one is immediately aware of the strength and unity of the band and despite their obvious jazz leanings the impression that all of the tunes are well rehearsed and compiled in a well-structured manner with minimal signs of improvisation, in other words, well-rehearsed output in the recording studio but in a live situation the scope to fly freely into a massive jam sessions.

Listening to their debut album titled ‘Seasons’ one is struck by the sheer ferocity and dynamism engrained within the overall pace of the music. However, embodied within the instrumental framework of the entire set are delicate surprises as the music shifts to embrace an accent of more subtlety with soothing vocals and melodic accompaniments rising to the fore.

The line-up comprises a mixture of musicians from different bands who have seemingly all studied at the ‘Jazz Conservatory’ in Trondheim. Such rich pickings indeed for ‘Karisma Records’ who also have, in tow, ‘Soft Ffog’ on their books. So certainly this particular line-up is a very talented bunch of master craftsmen with respect to their own particular instruments and this together with the added bonus of having a powerful vocal presence. Solid melodies and gorgeous harmonies.

Summary: A fascinating album full of drama, exquisite time changes and dynamic arrangements. The album requires a few listens to fully appreciate the strength and depth of the genius engrained within the body and construction of the music.

Karl Bjorå (MEGALODON COLLECTIVE and more) on guitar and vocals.