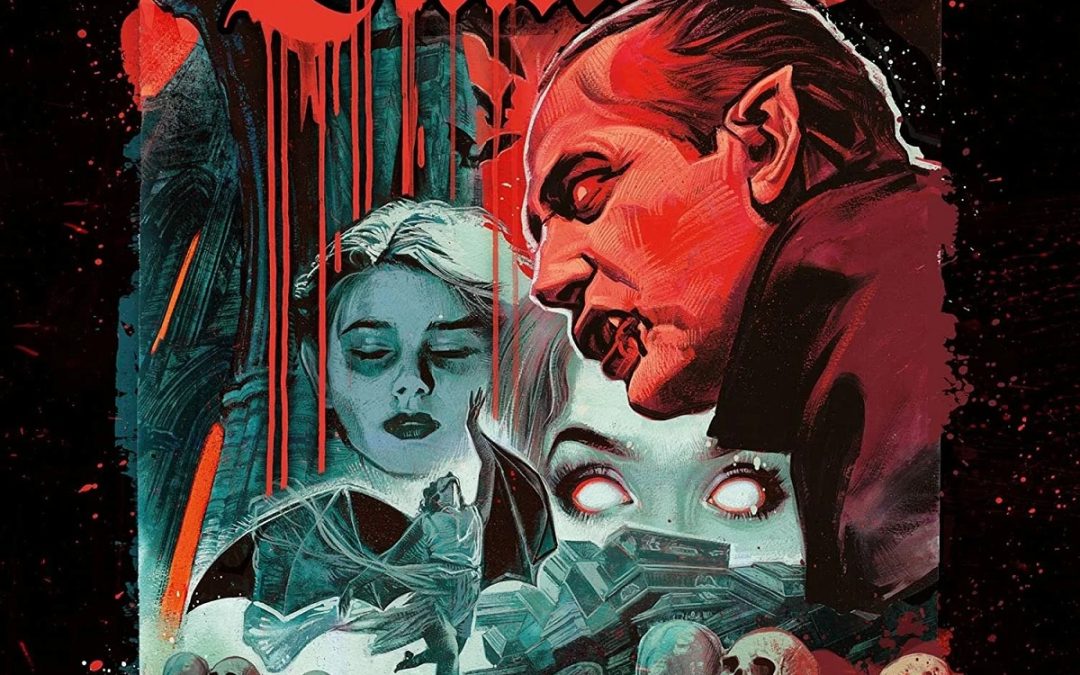 When the punk scene first exploded in the UK back in 1976, I always felt that while Sex Pistols were iconic and many bands followed in their wake, there were others which were way more polished and had so much more to offer and ended up in the scene almost by accident as they attracted the same fans. These included The Stranglers, The Clash and of course, The Damned. They were the first UK punk band to release a single (“New Rose”), a studio album (‘Damned Damned, Damned’) and the first to tour the US where their quicker approach is said to have had a major influence on the fledgling hardcore scene. But listen to Dave Vanian’s dulcet baritone, and ask yourself, what does that have in common with the rest of punk? The man is an incredible singer, who could have been with the big bands in a different generation, and while Captain Sensible used to enjoy playing naked he is much more than just a showman, being a wonderful musician with far more than three chords to his repertoire. Remember, he also had a smash hit #1 single in the UK with his version of “Happy Talk” taken from the 1949 Rodgers and Hammerstein musical South Pacific, how punk is that?

They soon became beloved by the goth scene, and while Sensible has been in and out of the band multiple times (although a constant since 1996), Vanian has been there throughout and somehow has continued to steer them through 45 years of mayhem. This live album finds them working with the cast of The Circus of Horrors, with the band performing on multiple levels of a ruined castle at the London Palladium. At the time of recording, this was a well-practiced and established line-up with Andrew “Pinch” Pinching having been there for 20 years, keyboard player Monty Oxymoron for longer, while bassist Paul Gray may have only been there for a couple of years at this point but has had various other stints with the band stretching back to 1980, (there are also some string players involved).

But a show is only as good as the music, and while there is no doubt this was a wonderful event to attend (check out the incredible video on YouTube of “Neat Neat Neat” morphing into “Bela Lugosi’s Dead” and back out again), this is a wonderful collection of material which clearly demonstrates why they have managed to keep it going for so very long. Vanian is singing as well as he ever has, while Oxymoron has always been a wonderful sonic asset to the band, the rhythm section is tight, while Sensible is polished and powerful. In many ways this album is a fantastic introduction to who The Damned really are to anyone who thinks they should be lumped in with the ’76 crowd, with huge depth, gravitas, and performance. They version of “People Are Strange” fits in perfectly with their own material, and if there are any who do know the original (surely not) they would think it is one of theirs. A superb album from a superb band. Any chance of bringing this show down to the end of the world? Please?