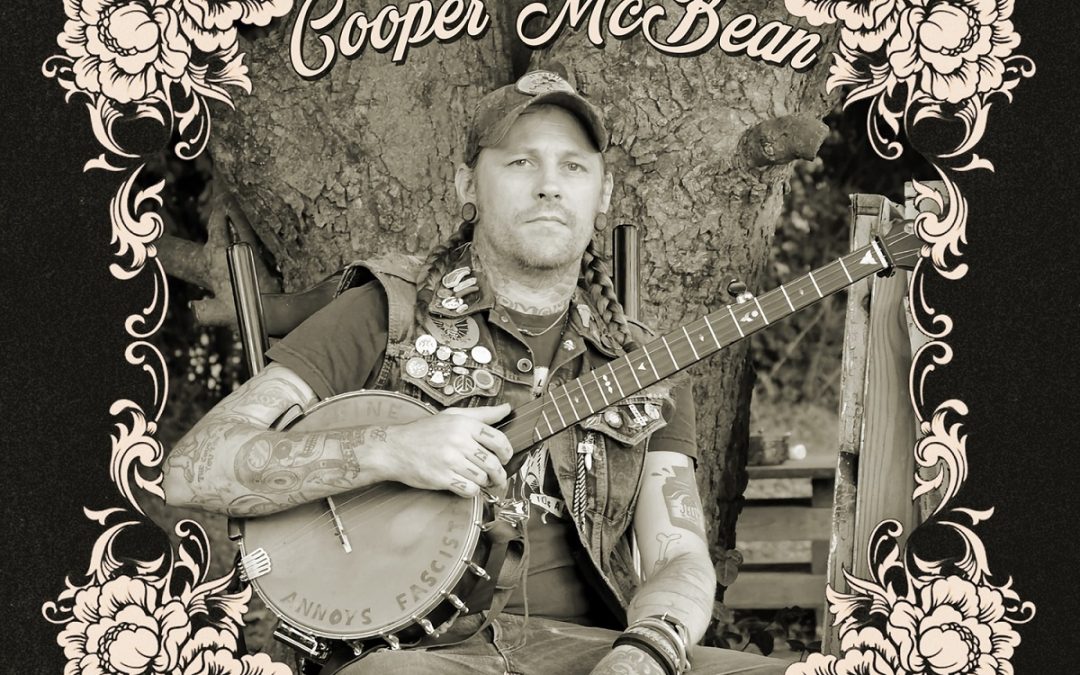 Here we have another from the indispensable series of amazing bluegrass and roots music from Anti Corp, with Cooper McBean the musician to perform under the magnolia tree in the back yard. Born in Vermont, he is currently residing in Austin, Texas with his partner, two small dogs, and seven chickens. He plays banjo and guitar and sings songs, both under his own name and in The Devil Makes Three, but at the time of asking there was another Covid surge taking place and Cooper was unsure about the future not only of his own band but the music industry in general. He hadn’t picked up his guitar in months and hadn’t written a song in a long time, so this was quite a challenge. As he says, “What you hear is me, alone in a field, remembering how to sing and write and play, nervous about travel and recording, and realizing how important making music is to me, and how much it had been missing from my life.” It transpires that the session was seamless and Cooper was one of the first to nail every song on first take, but listening to this, that is no surprise whatsoever.

Cooper exudes the lazy confidence of someone who has been doing this his whole life, and is happiest when he can just sit and play. It makes me think of a campfire session, where someone is sat on a stool just singing and playing with everyone else in awe wondering where this has come from. He moves between banjo and guitar, and whichever he is playing is the one he appears most comfortable with, and the sound of an occasional aircraft seems somewhat at odds with music which is timeless and powerful. Of course, the cicadas are there in spades, one cannot imagine these sessions without them as it is their sounds which allows one to understand we are not in an expensive studio with all the mod cons, but the performer is literally under a tree in the back yard with Dan Emery doing all he can to capture every moment.

As he is such an adept performance on both instruments it is interesting to compare the styles, as the guitar is more languid and the banjo more staccato and going from the fiery banjo instrumental into the laid back “4th of July” is quite jarring in some ways, such is the difference between the two with the latter so laid back that Cooper must be almost falling over. My only complaint with this release is that it is too short and I would have loved to hear more, as it is only 33 minutes long and that just shoots by way too fast. Yet again I have found myself transported, and a ‘Magnolia Session’ album has delivered in spades. If you are interested in bluegrass and country then this is a series which absolutely essential as everyone is a winner.