Welcome Tom Gagliardi and Gagliarchives to House of Prog 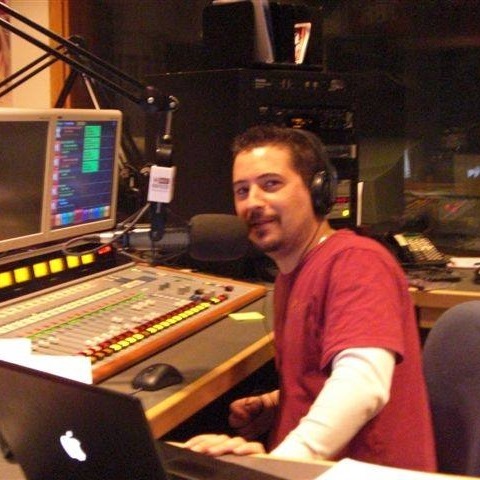 We are proud to announce that Tom Gagliardi is bringing the Flagship of Progressive Radio to House of Prog.  Airing at 10pm EST Saturdays and 2pm EST on Sunday.

The Gagliarchives is a progressive rock radio program with almost 30 years of history and is hosted by veteran Philadelphia/southern New Jersey radio disc jockey Tom Gagliardi. The radio program’s history begins in 1991 when it was originally titled The Lost Satellite. This twice weekly program later evolved into the Gagliarchives in the spring of 1992 and went on to span 6 radio stations from 1991-1994 before settling at southern New Jersey’s 88.9/95.1/100.7 FM WBZC. At z88.9FM, it was featured on FM radio in the Philadelphia/south Jersey/Jersey shore region from January 23rd 1995 until January 13th 2018 when the station would evolve into RCBC Radio in Mount Laurel, New Jersey. Winning several awards over the course of nearly three decades in the tri-state area including articles and coverage in the Philadelphia Inquirer, Courier Post, Burlington County Times and many others, the ascension to success started when the internet radio age began in 1999 when the Gagliarchives caught the attention of Radio Free Kansas just following a visit from Rick Wakeman on the weekly program. After z88.9 WBZC launched their internet station, listenership tripled and saw the addition of Aural Moon based out of San Diego, California who would simulcast the program and include a replay by popular demand for the European audience from the year 2000 onward. In 2012, the radio program relocated to the Jersey shore in Brigantine, New Jersey at North 13th Studios where the program is heard in extended fashion every Saturday night since. Guests on the Gagliarchives over the years included such notable bands and artists such as Allan Holdsworth, Jon Anderson of Yes, Tony Banks of Genesis, John McLaughlin of the Mahavishnu Orchestra, all members of Gentle Giant, Jan Hammer, Echolyn, Emerson/Lake/Palmer, John Wetton, and countless others. The weekly program features highlights of a tabulated Weekly Top 20, world premieres heard only on Gagliarchives first, concert updates, album and live anniversaries both obscure and popular, birthday salutes, thematic programming, and most recently, a spin-off radio program that digitizes and replays vintage programs from the analogue tapes and reel to reel era titled The Analogue Tapes Series.  The summation of the program was best stated by the Patron Saint to the Gagliarchives in the late great John Wetton when he described the weekly radio show as a college course you want to attend every week to learn the ins and outs of the history of the genre….it’s not your typical radio program. Album artist and co-founder of Progday Michael Bennett stated that the radio show features a cross section of all the many genres with the added addition of the chronological history no one knows without having to really dig deep to learn that history. With the program now at House Of Prog, it’s new affiliate, Tom anxiously awaits to turn on a new set of listeners and to share stories and obscure music.