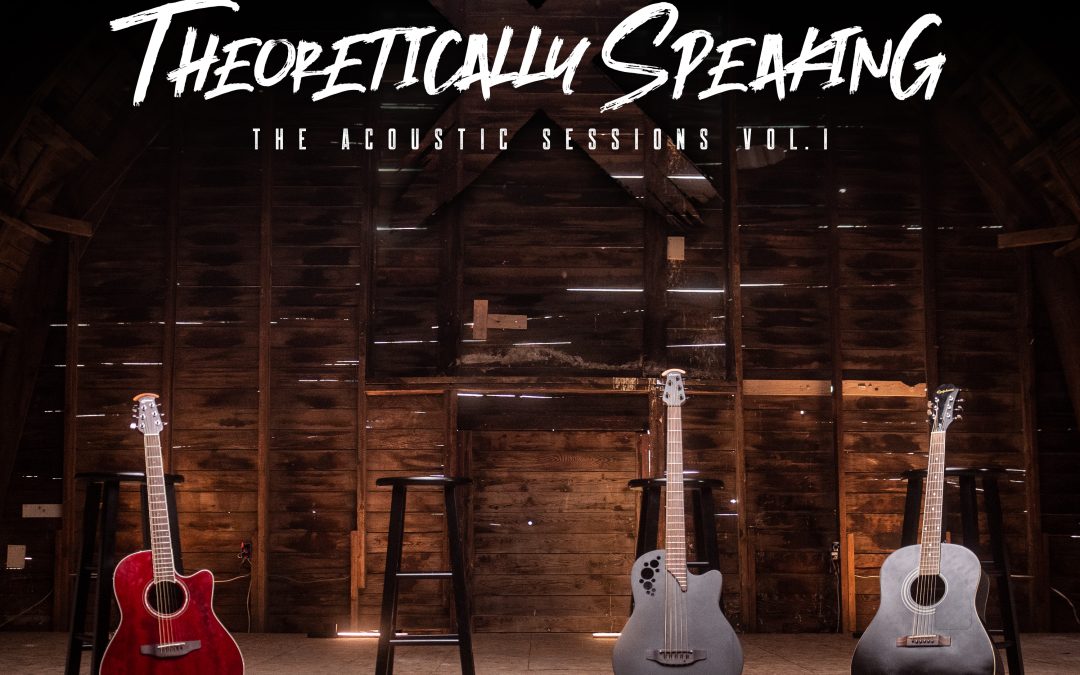 Whether the band ‘Silent Theory’ have had a recent and distinct change of musical direction or whether past biographers have been listening to a completely different band is, for me, difficult to ascertain (That is without looking up their previous output) . Suffice to say that past descriptions of their sound as ‘Dirty, grunge orientated sexy, ‘Rock -n- Roll’ seems far removed from that portrayed on their 2022 EP. titled ‘Theoretically Speaking .‘ Perhaps the whole point of producing this six-track EP. was to explore a much more demure well considered melodic side to the band’s personality. The band is based in Northwest Idaho and so perhaps even  such grunge references are due to the band’s fairly close proximity to Seattle home to the late 80s murky-guitar bands such as ‘Nirvana’ and ‘Pearl Jam’

Normally such grunge-type references would steer me away to another album up for review. However, I persevered and prepared myself for a complete and concentrated listen to this six-track 25-minute long EP.  It was a good move, I thoroughly enjoyed the compositional quality and slick arrangements associated with the music. Music that does not reflect a grungy flavour at all, in fact, more so in parts, elements of ‘country rock’ reminisce maybe of CSN&Y.

From a music perspective, there is very little to reflect any kind of grungy flavour, except maybe where some aspects of the vocal projection are delivered with an emphatic gruffness.

There is, to be honest, a distinctly ‘singer-songwriter feel’ to the proceedings which at times spills over into textures of country rock or even a more folk stylisation . Beautiful piano and violin passages with nice percussive drive. The jewel in the crown though is the spectacular vocal contributions from Nick Osborn. Particularly, in two of the songs, he brilliantly manipulates mouthfuls of tongue-twisting monophonic lyrical projections at breakneck speed, a really impressive undertaking. Besides such breathtaking vocal acrobatics, he handles the rest of the vocal duties with an easy pleasant style.